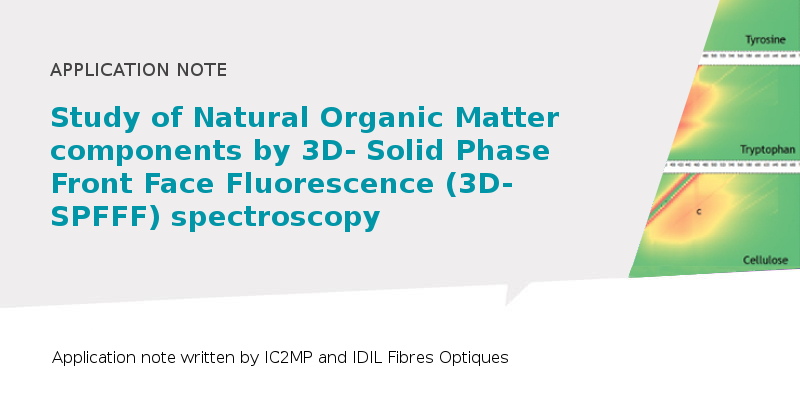 Natural Organic Matter (NOM) is an important component of aquatic environments. Many works have shown its central role in the mobility and the availability of aquatic pollutants. This major property is related to ability of NOM to form weak or strong associations/complexes with organic pollutants (pesticides, pharmaceutical compounds) or heavy metals.

Several decades of researches have shown that NOM is a complex set of variable compounds derived from plants/humus decaying and/or generated from primary production of aquatic microorganisms. Consequently, characterisation of NOM properties has always been a challenge for scientist.  Nevertheless, some characterisation technics have already provided useful information. In particular, fluorescence spectroscopy has allowed the differentiation of some of the specific components composing NOM.

Recent advance in the sensitivity of fluorescence equipment has provide the possibility to measure either dissolved or solid samples, providing a new field for the study of solid NOM properties. 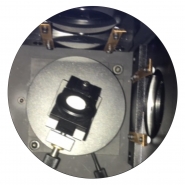 Sample preparation : 5 mg of sample was formatted in pellet (diameter of 1 cm; thickness 0.2 mm) with a manual hydraulic press working at 5 tons/cm2.

Fluorescence excitation-emission matrix of solid reference compounds highlight specific fluorophores for each sample (figure 1). The Excitation/Emission couples of these fluorophores are in accordance with the tables proposed by Cobles (1996) defining the origins of NOM (peak B, T, and C).

Figure 2 shows that the application of the SPFFF to complex samples also works. Thus, Albumin is characterized by an intense Tyrosine-like fluorophore in adequacy with the proportion of this amino acid (5g/100g – Spahr et Edsall, 1964) in this protein. Plant debris are characterized by low fluorophores of cellulose and chlorophyll pigments (at 430/680 nm), coherent with the rapid degradation of these elements in soils. Distinct fluorophores have also been highlighted in the bacteria sample. 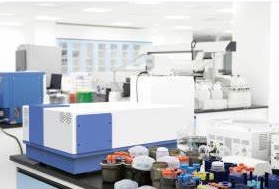 The SmartFluo-QY with solid holder is a powerful instrument to characterize different component of solid NOM. The specificity of the fluorophores identified by SPFFF offers many possibilities for studying their behaviour, evolution or reactivity.

Google+
All products
This website uses cookies to improve your experience. We'll assume you're ok with this, but you can opt-out if you wish.Accept Read More