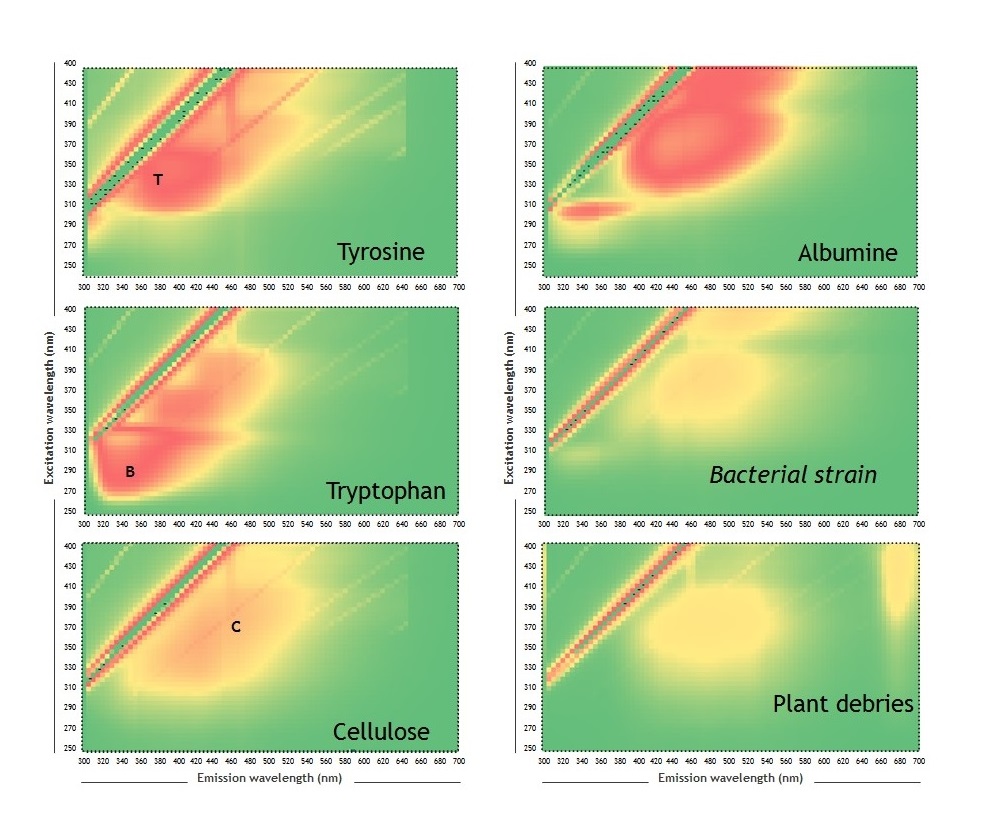 Many works have shown its central role in the mobility and the availability of aquatic pollutants. This major property is related to ability of NOM to form weak or strong associations/complexes with organic pollutants (pesticides, pharmaceutical compounds) or heavy metals.

Several decades of researches have shown that NOM is a complex set of variable compounds derived from plants/humus decaying and/or generated from primary production of aquatic microorganisms. Consequently, characterisation of NOM properties has always been a challenge for scientist.  Nevertheless, some characterisation technics have already provided useful information. In particular, fluorescence spectroscopy has allowed the differentiation of some of the specific components composing NOM. Recent advance in the sensitivity of fluorescence equipment has provided the possibility to measure either dissolved or solid samples, providing a new field for the study of solid NOM properties.

All products
This website uses cookies to improve your experience. We'll assume you're ok with this, but you can opt-out if you wish.Accept